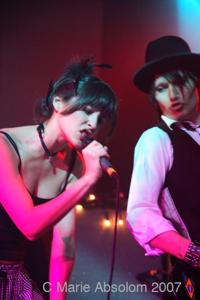 Sohodolls are currently mixing their debut album. It has been produced and mixed by Robert Harder (Whitey, Sunshine Underground, Babyshambles, Ali Love, Littl'ans) as well as Steve Lyon (Depeche Mode, The Cure). Expect the album out in 2007!