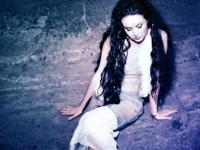 Brightman debuted as a dancer in troupes such as Hot Gossip and later released a string of disco singles. She achieved greater fame as a musical theatre performer and partner of theatre composer Andrew Lloyd Webber, originating several roles, including Christine Daaé in The Phantom of the Opera. Her 1984 marriage to Lloyd Webber attracted active tabloid coverage. The couple divorced in 1990, effectively ending her musical theatre career.

After her divorce, Brightman established a position as a crossover artist with former Enigma producer Frank Peterson. Her style, a blend of classical vocals and pop-inspired instrumentation and arrangement, earned her further success. To date, Brightman has received over 150 Gold and Platinum awards in 34 countries and is the only artist to hold #1 spots on the Billboard Classical and Dance charts