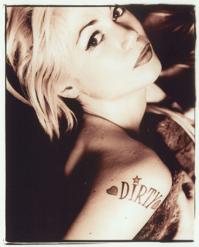 A Madonna and Duran Duran-worshipping pop kid, Harry had her eyes opened to the world of loud guitars and visceral rock by Nirvana's classic 'Nevermind' album. "When I first heard Nirvana I thought 'Wow this rocks!'" Harry grins, her eyes ablaze with the memory. "I love pop songs but then I also want to shake my f**king ass so I wanted to write pop songs and put heavy guitars all over it. I fused the two in my head and thought 'Yeah, you can be sexy but still really rock."