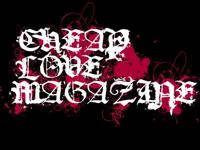 HARD-CORE FOR THE HARDCORE.
Formed early this year with members from existing bands and RIP. With Chrissy on unmerciful vocal chords, Cez plucking, Angel chainsaw-riffing (ex-guitarist) and Jay (ex-drummer) sledging on drums. First appeared on "THIS TIME WE UNITE!" with bands from the real independent Punk-HC DIY scene in Davao City. The band underwent construction on the line-up looking for permanent positions to fit-in. They currently have 4 songs and working on a few more to record and release on projects such as compilations and EPs and keeping a healthy scene.
Keeping it real and true to the essence of art, culture, and expression of freedom is what they're playing for. This is by the fact more and more people are fooled by the persons of money-making ventures of the so-called "Music Industry" buying out sell-outs and the "music" they fool themselves.
Musick was meant to be fun not to be competing and enduring to enjoy it. CLM is one of the artists that will keep the essence of fun. CLM will slap you with a feminine foot voraciously on your stupidly close-minded cowardly ass. -B-