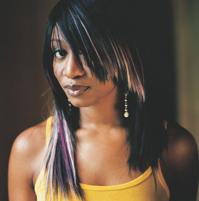 Beverley Knight MBE (born March 22, 1973) is a critically-acclaimed English soul singer, songwriter, and record producer who released her debut album in 1995. Heavily influenced by soul greats such as Sam Cooke and Aretha Franklin, Knight has released four studio albums and one compilation collection to date. Widely labelled as one of Britain's greatest soul singers, Knight is best known for her hit singles "Greatest Day", "Shoulda Woulda Coulda" and "Come As You Are". After a decade in the industry, she was awarded a Lifetime Achievement Award at the Urban Music Awards in 2004.

In 2006 and 2007 Knight starred in BBC One music TV show, Just The Two Of Us, and is the host of the Radio 2 show Beverley's Gospel Nights, which explores the origins and impact of gospel music. Now in its second season, the show has featured interviews with stars such as Destiny's Child and Shirley Caesar.

Knight is an ambassador for many charities such as Christian Aid and has travelled to areas affected by disease and poverty to help raise awareness. She is an active campaigner for anti-Aids organisations such as the Stop AIDS Campaign and The Terrence Higgins Trust and is also a vocal campaigner against homophobic lyrics in urban music. Knight's charitable work was recognised in June 2006 when she was awarded an MBE in the Queen's eightieth birthday honours list.